A true fairy tale about a beautiful and extremely talented 12-year-old child wonder. 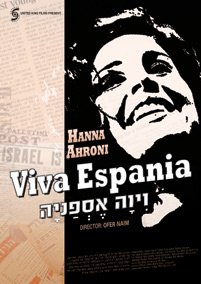 A true fairy tale about a beautiful and extremely talented 12-year-old child wonder. One of many children in a poor family, Hannah Aharoni started performing in clubs as the State of Israel came into being. Despite recording several hits and capturing the heart of many Israeli fans, a series of setbacks led her immigrate, first to Europe and eventually on to America.

As her international fame grew, back home in Israel she was slowly forgotten. Stunningly, at the very height of her career, Aharoni decided to give it all up. The film tells the story of the journey of a tiny woman with a huge voice, who first had to choose between an Israel career and an international one, and later decide between keeping a painful silence or revealing a devastating truth.