The Summer Of Aviya

An exquisite and courageous memoir providing profound insights into Israeli society. Based on the autobiographical book THE SUMMER OF AVIYA by Gila Almagor. 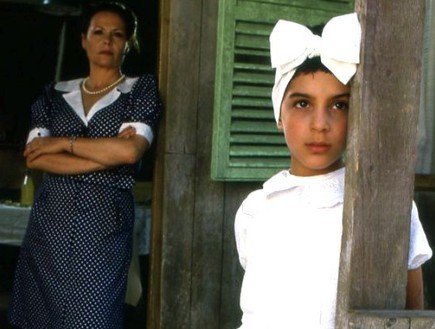 Aviya’s Summer is set in the summer of 1951, in the newly established state of Israel. The film chronicles the life of ten-year-old Aviya, whose warm, loving, and fiercely independent mother, Henya (played by Almagor herself), is tortured by periodic mental breakdowns. Henya’s psychological and emotional scars stem from her horrid experience during the Holocaust, and from the loss of her husband during the war. Henya was once considered to be a beautiful and courageous partisan fighter, yet now she is constantly mocked by native Israelis for her erratic behavior. She walks the thin line between sanity and madness, attempting to forge a life for herself and her daughter in the new realities of Israel. Aviya is a bright girl with a vivid imagination, yet she is mocked by her peers. Her relationship with her mother is complex, at times affectionate, but also fragile. Aviya fantasizes that if she could only find her father, all her/her mother’s problems would cease and her family would be whole again. Aviya’s wild imagination regarding her quest to find her father leads to the climax of the film. The film ends with Aviya coming to terms with the realities of her life and reaching a maturity beyond her years.

Not available for France

I Am a Jerusalemite