A comedy which depicts the madness of bureaucracy through a municipality’s reaction to the actions of a lunatic. 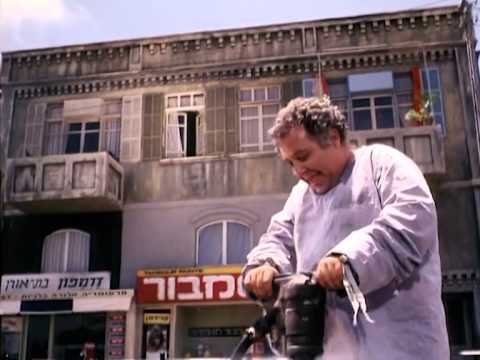 A Film by: Ephraim Kishon

Kasimir Blaumilch escapes a psychiatric ward, steals a pneumatic drill, and starts ripping up the streets of Tel Aviv, wreaking havoc and bringing the city to a standstill. Meanwhile, city officials busy themselves with whitewashing the unfolding chaos, instead of taking action. Kishon presents a sharp, witty, and hilarious satire that blurs the fine line between normal and insane.

"The actors draw you in to this great tale of an escapee from the nut house who loves nothing more then his air compressor and a jack hammer. Like "King of Hearts" in Jerusalem. Not since Charlie Chaplin has someone come along who says nothing yet digs into your soul with warmth as he goes to work in the middle of the city. You would think somebody would stop this mad man but the world doesn't always listen to the sane. Throw in romance and remove swearing and modern day crutches for poor movies and you have a great treat for the whole family". - Amazon

The Fox in the Chicken Coop