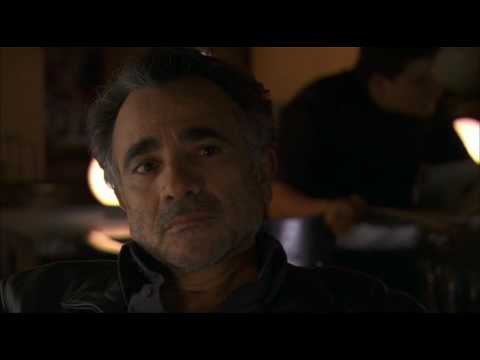 After scraping by in New York for many years, Moshe is finally starting to gain recognition as a poet who recites his texts in a Manhattan bar. The sudden confrontation with his son, whom he abandoned 21 years ago in his native Israel, forces him to re-examine his life and face up to the sins of his past..

Moshe Amar left Israel for New York some twenty-odd years ago, and never looked back. What he would have seen was the woman he left behind with their little boy, Tzach. But in addition to being a big-hearted ladies´ man, Moshe is an artist who loves his freedom, and broken hearts are part of the bargain.

New York hasn´t been very kind to him yet, but the tide is turning. He reads his poetry in a bar that caters to New York´s large Israeli community: biting, sarcastic, tender odes of love and hate to Israel and its people, and to the tough and resilient expats.

And there´s another positive development: Yolanda, the bar´s sassy, tough-talking bartender, whom he falls in love with and who gives him warmth and affection. Then his son shows up.

Tzach, discharged from the Israeli army. A young man he doesn´t know and who doesn´t know him. A son full of anger towards a father full of guilt. Two strangers on a collision course with one another. Two human beings who somehow belong together, but have to start from scratch. Two restless individuals who might finally find peace and more...

A raw yet tender film about a father and his son, and about the elusive quest for redemption, directed by renowned, award-winning Israeli filmmaker Amos Kollek (Fast Food, Fast Women, trilogy Sue, Fiona and Bridget, Nowhere to Go but Up).