Russian immigrant Natan finds out that his wife had an affair with his best friend. He travels to Russia intending to kill his friend and regain his honor, but his son and the local “mafia” bring it all to a romantic end. 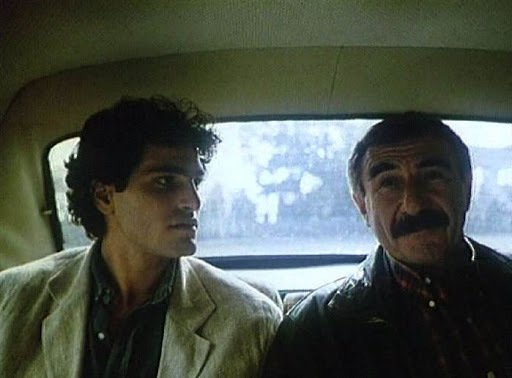 A Film by: Alexander Shabatayev

Nathan Ilgoyev, a middle aged Russian immigrant, has been living in Israel with his wife and son for the last 30 years. Throughout the years, Nathan has always suspected that his wife had been unfaithful to him.

He decides to fake a heart attack and pretend that he is dying in a last-ditch attempt to illicit a confession from his wife. His ruse works, and he is shocked to discover that she had, in fact, slept     with his best friend back in Russia over 30 years ago.

Jumping up from his “death-bed”, he immediately packs his bags and decides to return to Russia to murder his best friend and defend his honor. Nathan convinces his 20 year old son to accompany him  to Russia. But unbeknownst to him, his wife has recruited her son’s help in stopping him from carrying out his vendetta.

Once in Russia, complications ensue and Ilgoyev’s efforts are thwarted by his son, as well as by the  local Russian mafia, who want his “best friend” dead too. The heated race between Nathan and the mafia to commit the murder surprisingly results in a happily romantic ending.