Jerusalem high school teacher Eldad Ilan is in the midst of a mid-life crisis. He goes off to Tel Aviv, where he is mistaken for an Arab laborer and is asked to join an Arab work force on a construction job. A powerful study of contemporary Israel. 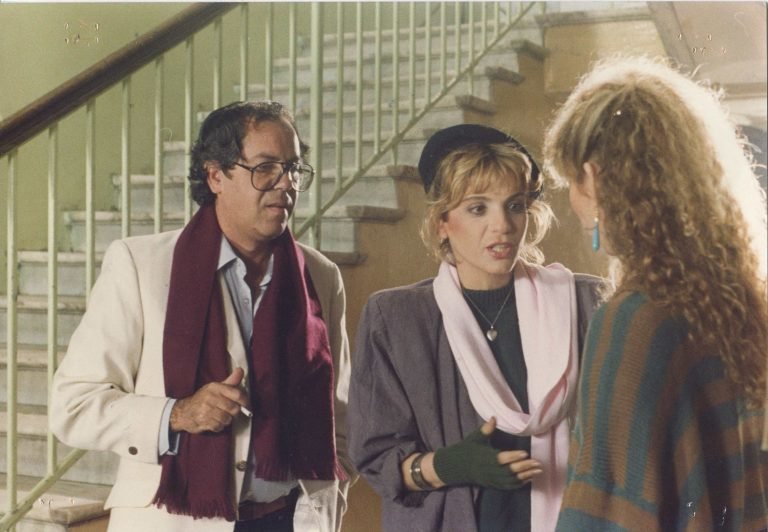 A Film by: Haim Bouzaglo

This is a story of Eldad Nathan, a teacher in Jerusalem, who decides to leave Israel but changes his mind just before getting on the plane. He arrives, in  disguised, at a cheap hotel in Tel Aviv where he meets Judy, the receptionist, who decides he's an Israeli who was living in the USA but has returned home. They begin a relationship and he promises her that he will marry her fictitiously so she can get a 'green card'.

In another disguise, he is picked up one morning by a truck that takes Arab workers from the territories and he naturally mixes among them as a deaf-mute to not give himself away. A private investigator hired by his wife looks for him, Judy and the hotel's Arab room cleaner are puzzled by his daily disappearances and his Palestinian friends invite him to their homes in their refugee camp.

Bar-Aba goes from strength to strength here, using his excellent skills to blend in to each situation he's in. The metaphor of a fictional marriage is used intelligently throughout the film - his real marriage is hardly ideal, the marriage he offers to Judy is totally unreal, his relationships with the Arab workers is based in a lie, and basically, he is married to a life filled with disguise, that eventually must all come to a head.