In an old neighborhood, stuck in the past, the first anniversary of Morris Mandabon's death is approaching, and his youngest son, Nissim has a dream. In the dream his father orders him to re-open the old neighborhood movie-theater thus breaking the vow Morris had made years ago never to screen movies again. 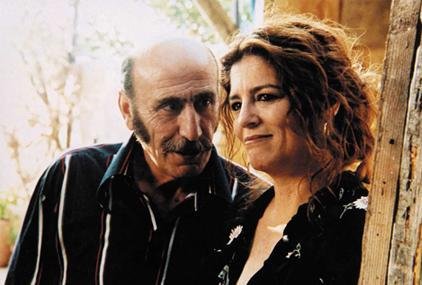 In a small village on the outskirts of Tel Aviv, Israel, the colorful locals gather for the one-year memorial of elder statesman Morris Mandabon. That night, his son, Nissim, is visited by the old man's ghost, who urges him to re-open the family cinema that has been shut for 30 years. When Nissim makes it his mission, the village ripples with renewed life. Nissim's mother, however, is angrily opposed to the planned opening-night film, the Bollywood classic "Sangam."