Daddy Come to the Fair

The film documents the pilgrimage of a father and son, journeying from alienation and reaching reconciliation and affinity. 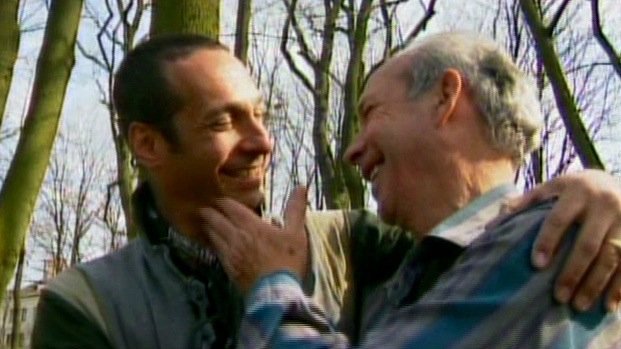 Daddy Come to the Fair

MORDECHAI VILOZNY, the father, is a Holocaust survivor visiting Poland, where he lost his parents. He has returned for the first time, after fifty years, to the landmarks of his childhood in Poland and he follows his father's trail to Auschwitz.

The film documents the journey as they visit the sites of MORDECHAI's childhood, confronting today's Poland. Intertwined in the film are stand-up comedy sequences, in which SHMUEL VILOZNY is brutally frank about the emotional turmoil of a second generation Holocaust survivor.